Breach
(2006)
Performance for voice and electronics 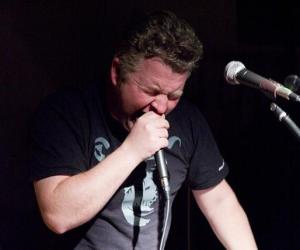 The Breach project is an ongoing series of live performances for voice, fixed media audio and electronics.

Developed as a demonstrative companion to a text piece focused on strategies for ‘silencing’ language, the performance utilises the human voice as a medium for exploring methods by which the voice itself can be used to undermine the codes which govern discourse.

Multiple microphones are used to capture the voice in performance which is sampled and electronically processed in real-time.

The piece is accompanied by a lecture Voices Silenced.

The accompanying lecture has also been performed at Tate Britain, London (for the event Tate Late: The Turner Prize) and Arnolfini, Bristol.

If you have any thoughts on this article, please add them